The data this week comes from Benjamin Nowak by way of International Trail Running Association (ITRA). Their original repo is available on GitHub.

A nice overview of some similar running statistics is available RunRepeat.com.

For my contribution, I decided to show the age distribution of people who finished among the top three winners, for each country where the run took place. 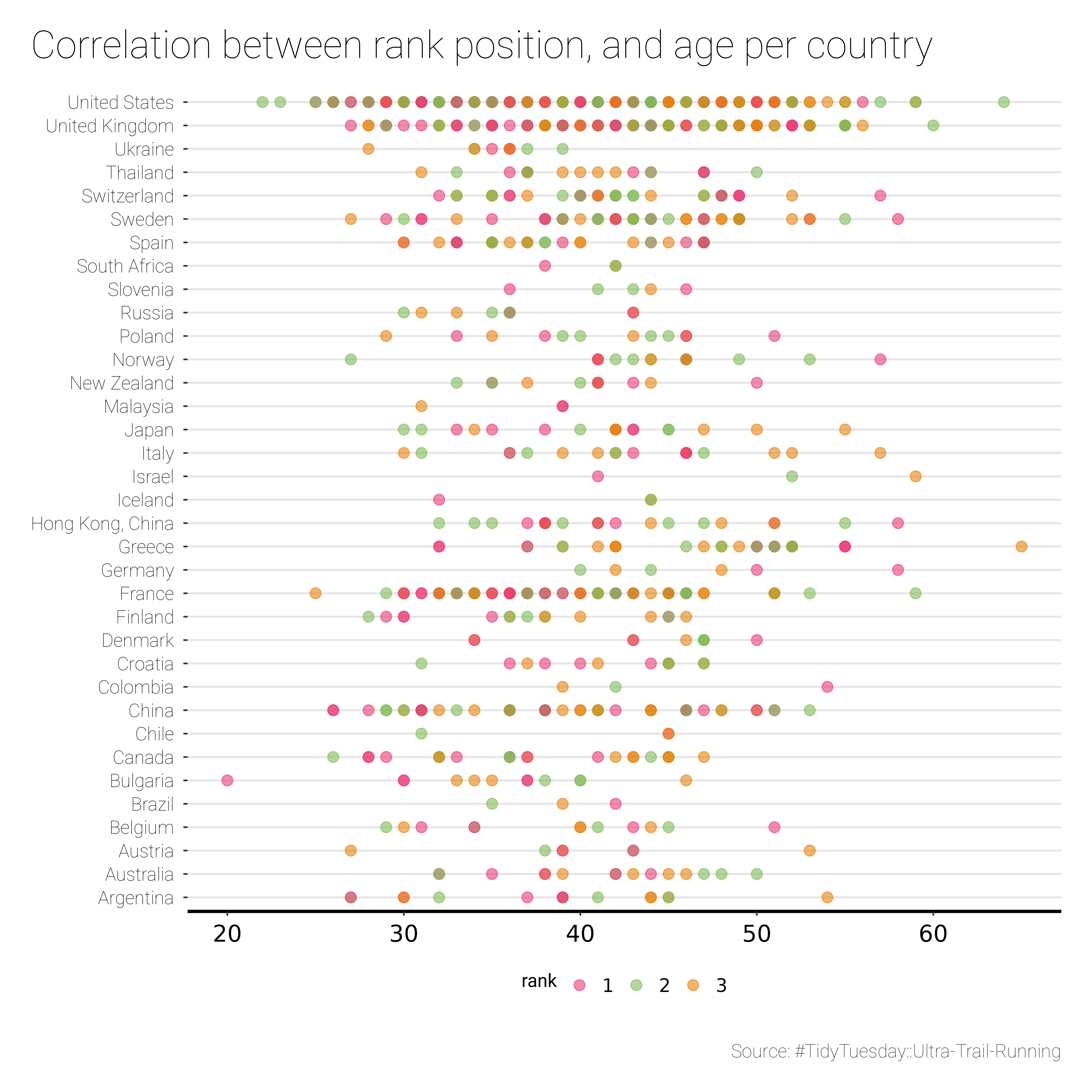 link to the data